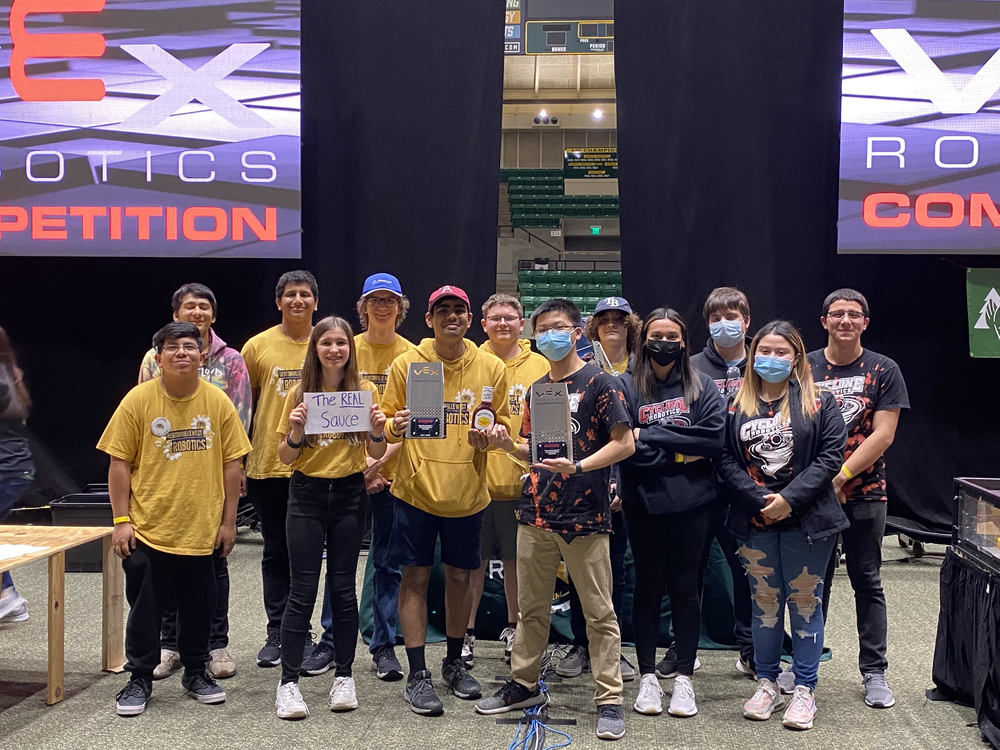 As well as earning a World invitation, team 967Y earned the title of Arkansas State Robotics Tournament Champion, for winning the tournament in elimination rounds.  This makes Cyclones Robotics 4 time state champions in robotics in the last 5 years.

Ethan Hodge, Robotics Coach, says "Cyclones Robotics is super excited for this opportunity and greatly appreciates our community's support over the last five years. Thank you to all those who have shown support!"

Team 967Y also won the Think Award.  This award is given to the team with impressive and effective autonomous programming.

Team 967Y is seen here with their alliance partner and their Tournament Champion award.